Today is the Sixth of May. That would be six (6!) days after the end of April. And today we were visited again by Mr. Jack Frost. The roofs and car windows were covered, the branches rimmed and the evidence everywhere of his visit. While the arrival of the sun quickly ended his short stay, and it doesn’t appear that the flowers or budding trees were damaged, his appearance at this time is not the most appreciated! 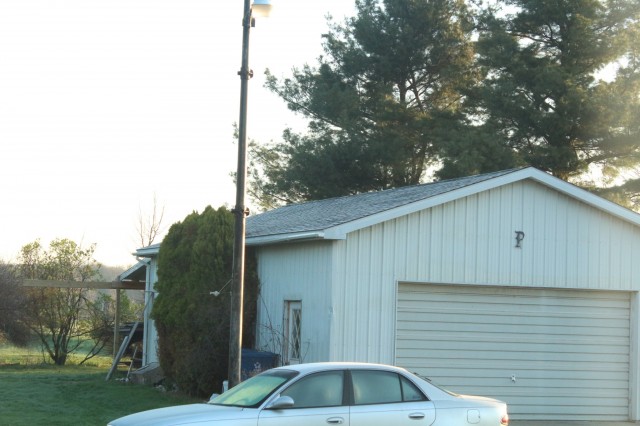 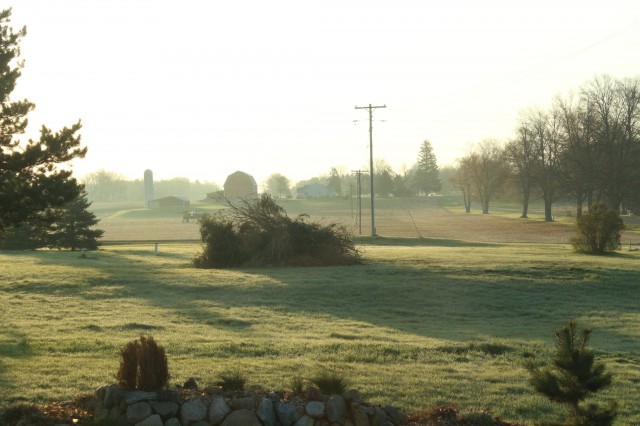 However in one respect it is pleasant to know that our gardening efforts are not really behind schedule at all!  We are certainly looking forward however to the day when we don’t have to still put on a heavy coat to go out in the mornings.  It’d also be nice to not spend the time starting a fire every morning too! :)

May God keep you in perfect peace as you trust in Him!

In the semi-sheltered world of the hoop house there is green grass growing!

The garlic has also poked its head above the mulch and one lone onion (which I obviously missed harvesting last year) is bravely daring Spring’s sometimes wild and wacky weather.